Ealing Council have informed Ealing Headteachers that they intend to keep the paid religious leave of up to 3 days per year for all teachers in Ealing. It was Ealing headteachers who asked for this “review” with the aim of taking away this right. This decision also means that the possible threat of losing up to 5 days paid leave for a sick child or close relative has been removed.

The first shout out must go to the 9 secondary school NEU groups who were prepared to take industrial action in defence of this right. They are: Alec Reed, Ark Acton, Cardinal Wiseman, Dormers Wells, Ellen Wilkinson, Elthrone Park, Greenford, Northolt, Twyford and Villiers.

The next big thanks go to Julian Bell and Yvonne Johnson. They readily accepted the argument I put to them on behalf of all our members that this would be a racist cut if applied. It is Ealing Council that makes the decision to keep or remove this right.

It is worth proudly noting that in those 9 well attended school union group meetings the solidarity shown by the majority who would not be affected by this racist cut was always very strong and vocal. The votes in the schools were always unanimous. They magnificently applied the principle of “an injury to one is an injury to all”. They successfully protected this right not just for their school but all schools in Ealing. Finally they showed how we can stand up to the attacks we should anticipate from this Boris Government and its racist agenda. 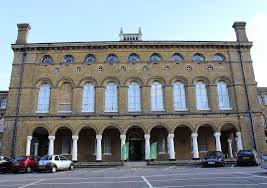 Agenda is below. There will be two rooms available for us to use. We will meet in one of the rooms debate and vote on the 3rd agenda item have an initial discussion on items 1 and 2  and then break out for a fuller discussion in separate rooms.

3. Can you make this important meeting? The VI form national college strike shows we can over come the anti trade union laws. London could too over the right issue. Rent and the costs of living in London is the right issue!